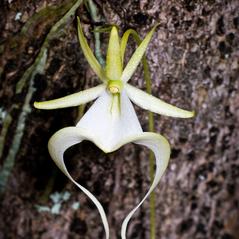 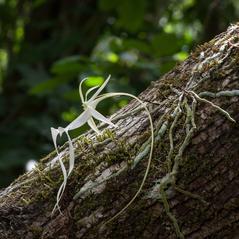 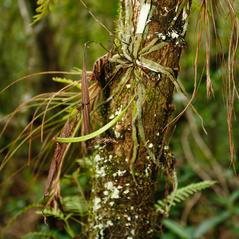 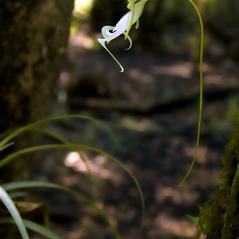 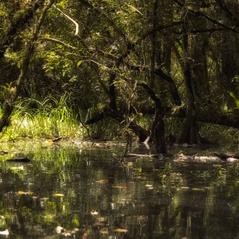 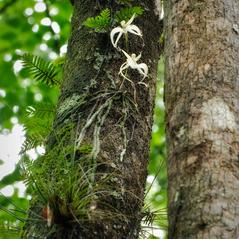 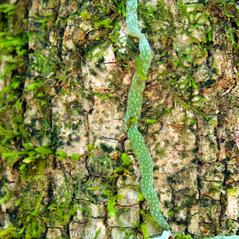 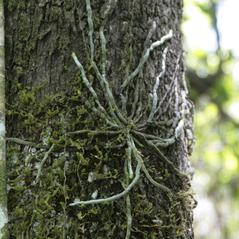 Dendrophylax lindenii, the Ghost Orchid, grows in Cuba and the West Indies and Florida where it was known to occur in three southern counties. The Ghost Orchid is leafless with chlorophyllous roots that are gray-green in color with short white markings and are 3-5 mm wide to over 50 cm long. During May-August, a small percentage of the plants produce one white flower, rarely two, with sepals and petal that are similar. The labellum is 3-lobed with the center lobe triangular in shape, flanked by two elongated, tapered lobes. This orchid grows on several tree species in hardwood hammocks, tramways and sloughs, and cypress domes.

Although Dendrophylax lindenii is considered vulnerable across its range, in Florida, this orchid is endangered where it is threatened by illegal collection and disruption of wetland hydrology.

It was once believed that the night flying Giant Sphinx Moth, Cocytius antaeus, was the only insect in North America with a long enough proboscis to reach the nectar in this orchid's long spur and pollinate its flowers. Recent field work has documented other moth species such as Eumorpha labruscae and Protambulyx shigilis visiting the flowers and two other moths, Dolba hyloeus and Pachylia ficus were observed with ghost orchid pollinia on their heads.

Labellum length:
Up to 65 mm