Sotoa is a newly described genus that has been proposed to accommodate a single species, Sotoa confusa, based on its genetic, morphological and reproductive differences that distinguishes it from other genera including Spiranthes and Deiregyne. Widely distributed in eastern Mexico, this orchid extends northward into the Chisos Mountains in Texas. 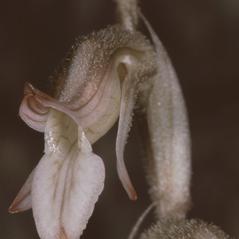