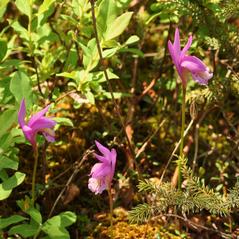 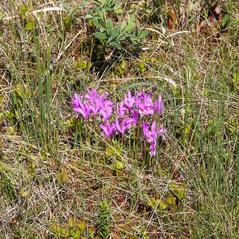 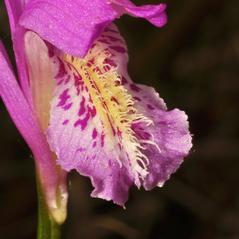 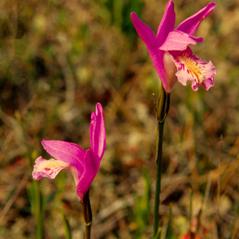 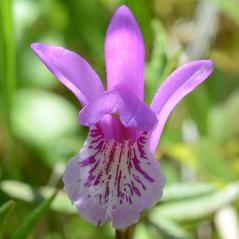 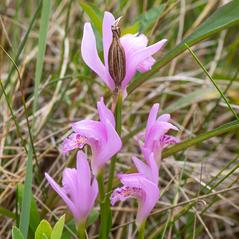 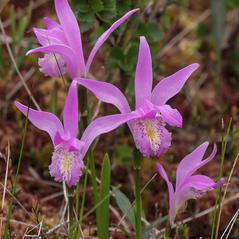 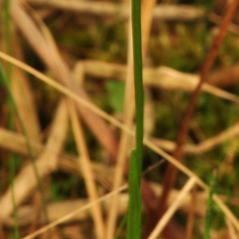 Arethusa bulbosa, commonly known as Dragon's Mouth, is found in eastern and central United States and Canada, from South Carolina to Saskatchewan. It flowers in the summer, producing one bright pink flower with a whitish pink labellum marked with magenta spots and a yellow center. After flowering, it produces a solitary grass-like leaf. While the flowers are showy and fragrant, they offer little or no nectar reward to the pollinator. It is typically found in acidic, boggy conditions, especially favoring a bed of sphagnum mosses. Calopogon tuberosus has similarly colored flowers and grows in the same habitat, but unlike Arethusa, its flowers are non-resupinate (i.e., the labellum is the uppermost petal).

This orchid is considered globally secure, although it is endangered or threatened throughout much of the eastern United States.

The queens of Bombus ternarius and Bombus terricola are attracted to the ultraviolet absorbing anther-like bristles on the lip and crawl toward the base of the lip searching for nectar. As the bumble bee is backing out of the flower, it brushes against the stigma, the anther case is opened and pollinia are then attached to the bee. Self-fertilization is avoided in this process because pollen can be removed only when the insect is leaving the flower and the pollen is transferred to the stigma as it enters the next flower it visits. Pollination is dependent on inexperienced bees that emerge throughout the blooming season because bees quickly learn to avoid these flowers that do not offer a reward.