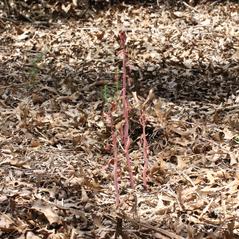 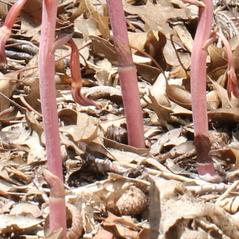 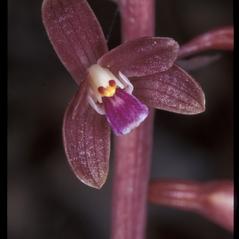 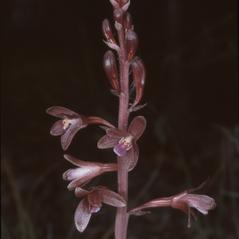 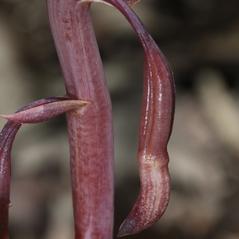 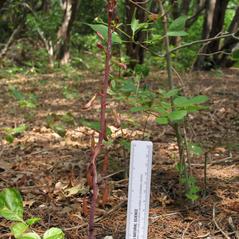 Bletia nitida, the Glass Mountain Coral Root, is widely scattered across Texas and crosses the north-south border into New Mexico. This leafless orchid has a relatively short inflorescence, usually 20 cm or less, that bears a dense cluster of waxy, rose-brown flowers. The flowers resemble those of B. revoluta, including the rolled-back tips of the sepals and petals but are smaller. This orchid is self-pollinating and rarely displays flowers that are fully open. The short labellum, less than 1 cm long, also distinguishes this species from others in the genus. Bletia nitida grows on rocky canyon sides and bottoms in moderate to heavy shade from oaks and junipers.

Bletia nitida is rare throughout its range and is considered vulnerable. Although it may be locally abundant in Texas and has been reported in Mexico, this orchid has not been observed in New Mexico since its discovery and may be extirpated in that state.