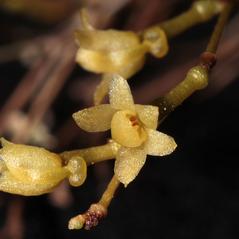 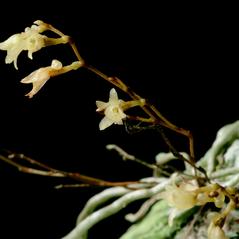 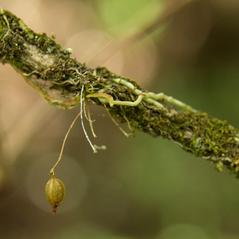 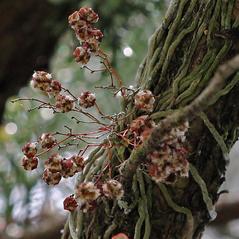 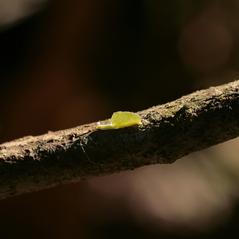 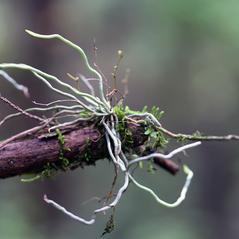 Dendrophylax porrectus, the Needleroot Orchid, is a small, leafless orchid with chlorophyllous roots found in Florida, and in the Greater Antilles, southeastern Mexico, and El Salvador. The numerous roots are a silvery gray-green in color and barely 1 mm wide. The non-resupinate flowers are a pale yellow and are produced in August and September. The capsules are reddish brown when mature, larger than the flowers, and hang in little clusters, suggesting its other common name the "jingle bell orchid". This orchid is often found on old citrus trees and near the edges of hardwood swamps and hammocks.

Dendrophylax porrectus is considered threatened in Florida, although its conservation status has not been determined across its entire range.