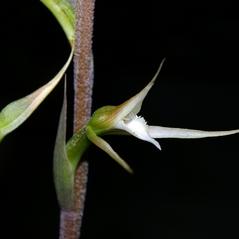 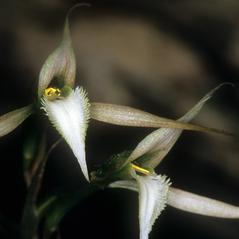 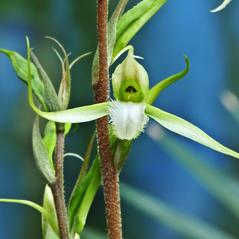 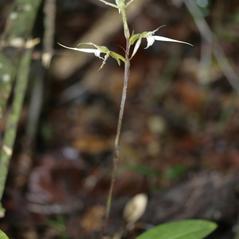 Eltroplectris calcarata, commonly known as the Spurred Neottia, is distributed in the West Indies, Bahamas, northern South America, and Florida, where it grows within the Everglades National Park and Fakahatchee Strand Preserve State Park. A large population of this orchid was recently discovered in the Picayune Strand State Forest in Collier County. This orchid has 1 or 2 blue-green leaves on long reddish petioles. It bears an inflorescence of 3-17 greenish white flowers with a delicately fringed and recurved white lip on a terminal raceme. The scape may be up to 50 cm in height and the flowers resemble “egrets-in-flight” with their elongated white sepals. Eltroplectris calcarata blooms in January through March in hardwood hammocks of Florida.

Although Eltroplectris calcarata is considered endangered in Florida, it is apparently secure globally based on populations in the Caribbean and Central and South America.

Pollinator information for this orchid has not been reported but its flower morphology and fragrance suggest it may be pollinated by moths.

Labellum length:
Up to 20 mm