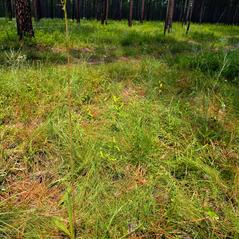 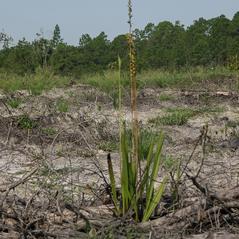 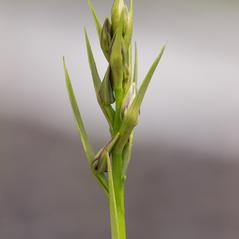 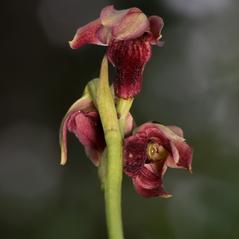 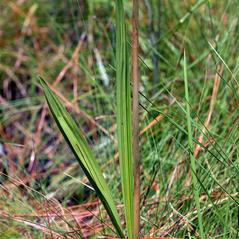 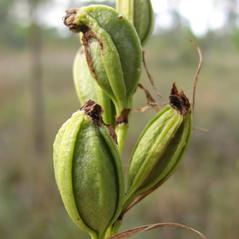 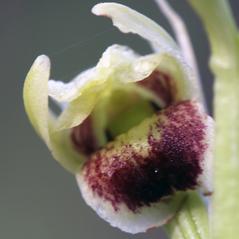 Eulophia ecristata, commonly known as the Giant Orchid, extends from North Carolina south to Florida and west to Louisiana and occurs in Cuba. This species has 3-4 large basal leaves up to 70 cm in length and bears an inflorescence of 10-30 flowers on a terminal raceme that is leafless except for a few bracts. The sepals and petals of the flowers are yellow green and folded forward over the 3-lobed lip. The prominent central lobe is maroon with green margins. Populations found in Florida are a self-pollinating form. It blooms in August through October in old fields, orchards, pine flatwoods, and grasslands with sandy soil.

Eulophia ecristata is considered globally imperiled and may be threatened or endangered throughout its North American range.

Pollinator information for this orchid has not been reported in North America but autogamy has been observed in populations in other parts of its range.