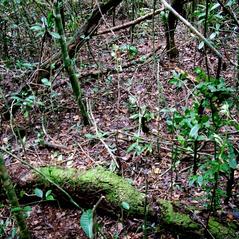 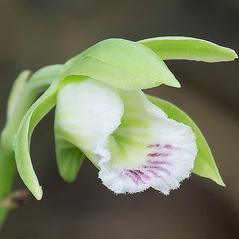 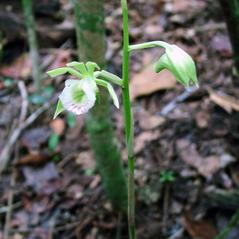 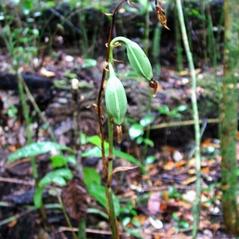 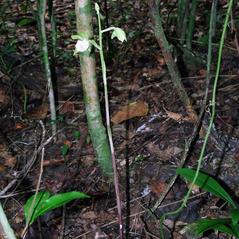 Galeandra bicarinata, commonly known as the Two Keeled Galeandra, is a rare terrestrial orchid that grows in hammocks in southernmost Florida and extends into Cuba. This orchid produces 1-2 leaves that are light green in color and have narrow, plicate leaf blades that may wither during the flowering period. The inflorescence has 3-17 relatively large flowers on a terminal raceme with sepals and petals that are pale green in color. The labellum is white with green stripes on the ruffled front and crimson stripes that extend inside and a broad, funnel shaped spur. This orchid grows in the decomposed leaf litter of hardwood forests and prefers shade from a closed forest canopy.

Galeandra bicarinata is considered critically imperiled and endangered in Florida. Threats to this orchid include poaching, invasion of non-native plants, and hydrological modifications.