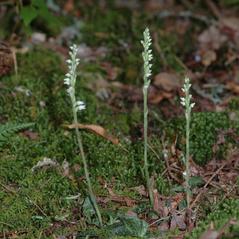 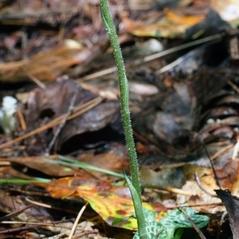 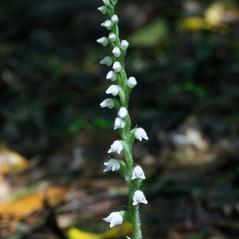 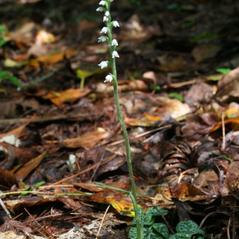 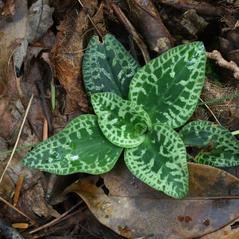 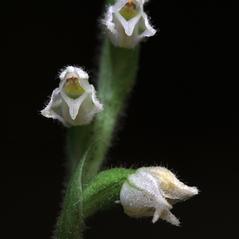 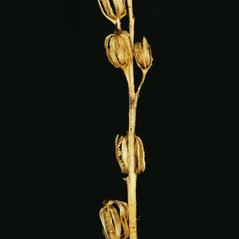 Goodyera repens, also called Dwarf Rattlesnake Plantain, is distributed across much of Canada, the mid-Atlantic and New England, and parts of the central and southwest U.S. It grows in mixed or coniferous forests, preferring shady, moist woods throughout much of its range but tolerating drier conditions in the southern Appalachians; rarely, it grows in bogs or swamps. In summer or early fall, it produces up to 36 small white flowers, with a concave, pouch-like labellum and a curved hood over the column formed by the petals and dorsal sepal. Like others of this genus, its stem and sepals are covered in thin hairs. This orchid's small size distinguishes it from Goodyera tesselata and Goodyera oblongifolia.

Goodyera repens is considered globally secure but is rare throughout much of the East Coast.

Bumblebees, such as Bombus perplexus are important pollinators of this orchid as they search for nectar. Bees usually work their way from the bottom to the top of a flower spike because flowers at the base of the spike mature first and produce nectar. These flowers have exposed stigmas and pollen can be easily transferred from the bees’ proboscis as it probes for nectar. Flowers on the same spike nearer the top produce less nectar and the stigma is not accessible for pollination. Pollen can still be attached to the proboscis and as the bee gathers nectar from an open flower on another plant, pollen is deposited on the stigma its pollen load, cross-pollinating the flower. This orchid is also pollinated halictid bees and syrphid flies.

Some field guides describe two varieties of Goodyera repens: individuals with plain green leaves as var. repens and those with leaf veins bordered by broad white bands as var. ophioides. Many specimens from western North America are intermediate in this character and occasionally both kinds of leaves occur on the same plant. Because of this variation in the degree of white reticulation, we do not recognize these varieties here.