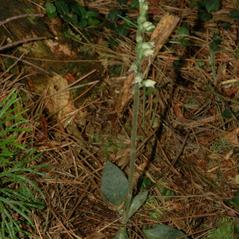 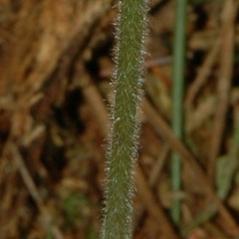 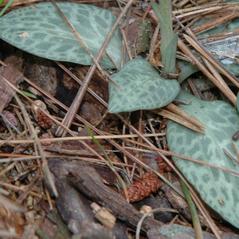 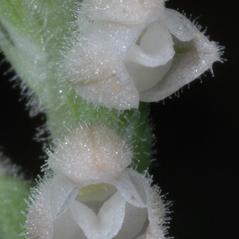 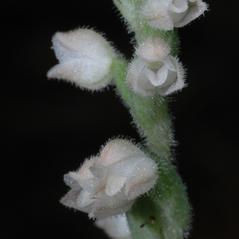 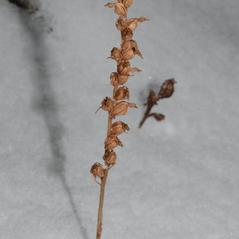 Goodyera tesselata, commonly called Checkered Rattlesnake Plantain, has a limited distribution in New England, eastern and central Canada, and around the Great Lakes. It produces up to 8 leaves in a basal rosette, light green with a prominent network of white markings and occasionally a white center stripe, giving the leaves a checkered appearance. It produces up to 70 small, white flowers with a slightly concave, saccate labellum. It grows primarily in coniferous or mixed forests and woodlands, and only rarely in swamps or bogs.

Goodyera tesselata is considered globally secure, although it is rare or extirpated in several states at the southern end of its range. It is thought to have evolved from a cross between G. repens var. ophioide and G. oblongifolia. It can be difficult to distinguish between the three species, especially between G. tesselata and G. repens, although the former is usually noticeably larger than the latter.

Bumblebees, attracted by nectar at the base of the lip are important pollinators of this orchid. Bees usually work their way from the bottom to the top of a flower spike because flowers at the base of the spike mature first and produce nectar. These flowers have exposed stigmas and pollen can be easily transferred from the bee's proboscis as it probes for nectar. Flowers on the same spike nearer the top produce less nectar and the stigma is not accessible for pollination. Pollen can still be attached to the proboscis and as the bee gathers nectar from an open flower on another plant, pollen is deposited on the stigma its pollen load, cross-pollinating the flower. This orchid is also pollinated halictid bees and syrphid flies.