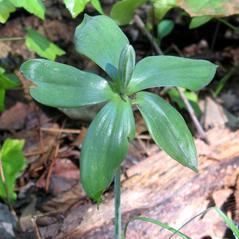 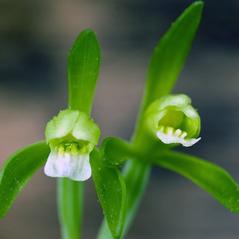 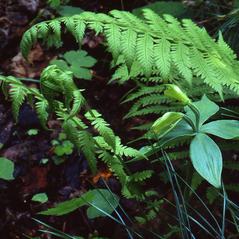 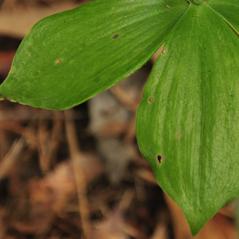 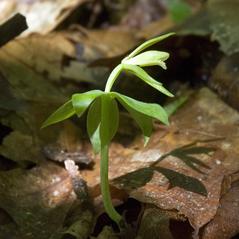 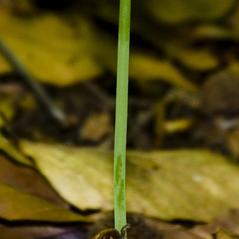 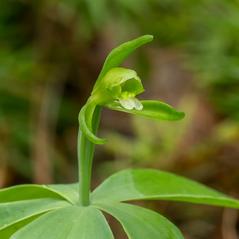 Isotria medeoloides, also known as Small Whorled Pogonia, is found primarily in eastern Canada and the United States, with a few populations in central U.S. states. It produces 4-6 greyish green leaves which form a whorled ring around the upper part of the stem. Its flowers are pale green, with the labellum often colored light yellow to pale green or white, usually streaked with green. It grows in forests and woodlands, generally preferring young, open-canopy forests and disappearing from more mature forests where the canopy is thicker.

Isotria medeoloides is globally considered imperiled, with most of the world's population occurring in Maine and New Hampshire. It is considered rare, imperiled, or extirpated in every state in which it has been reported. It can be distinguished from I. verticillata by its sepals, which are green instead of purple.

This orchid is autogamous and does not need a pollinator for reproduction. Shortly after the flower opens, pollen emerges out of the anther and comes in contact with the stigma.