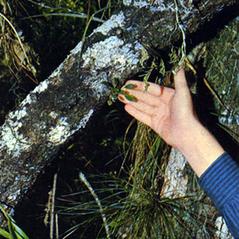 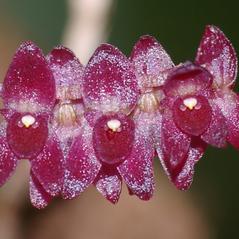 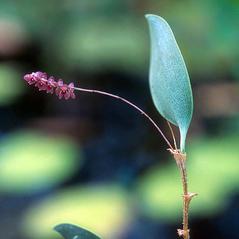 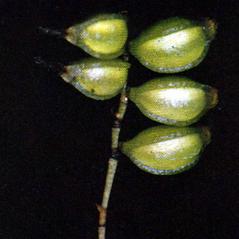 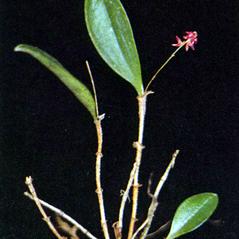 Lepanthopsis melanantha, the Tiny Orchid, is distributed throughout the Caribbean including Cuba, Jamaica and Puerto Rico with a single historical population confined to the Fakahatchee Swamp-Big Cypress area in south Florida. This orchid has an erect stem up to 5 cm in height surrounded by a series of tubular sheaths that terminates with a single small leaf. The very slender raceme arises from the base of the leaf with 5-7 carmine red flowers. The round lip is thick and fleshy and surrounds the column. The flowering period is primarily during the spring. Plants grow on the tips of cypress or pond apple branches, trunks of oaks, and at the base of bromeliads in mixed hardwood-cypress swamps and wet hammocks.

Lepanthopsis melanantha is considered vulnerable across its range but is endangered in Florida where this orchid has not been seen for several years and may be extirpated.

Labellum length:
Up to 1 mm