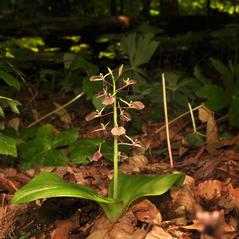 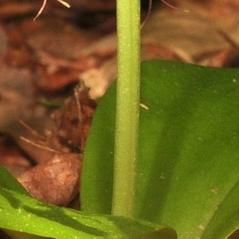 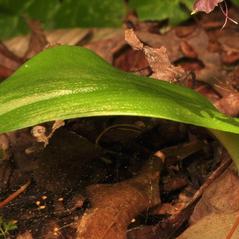 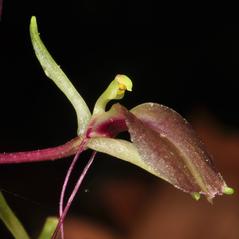 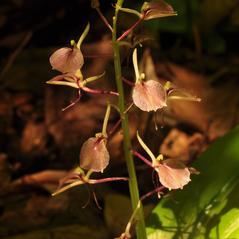 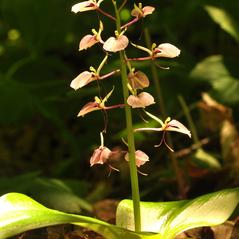 Liparis liliifolia, commonly known as the Mauve Sleekwort, is distributed throughout much of eastern and central Canada and the U.S., from Oklahoma to Quebec. It has two, dark green, often glossy basal leaves. When it flowers in the spring and early summer, it produces up to 31 dark purple or rarely green flowers, which are distinctive for their wide, flat, and nearly translucent labellum. By contrast, the petals and sepals are long and thin, often drooping away from the flower. It can be found in mesic to moist woodlands, thickets, and forests, including successional forests, mixed pine forests, and occasionally floodplain forests.

Liparis liliifolia is considered globally secure, and is common throughout much of its range. This orchid's distribution is growing in the midwestern U.S., although it is considered rare or endangered in many northeastern states where populations are declining.

Some have speculated that this orchid is pollinated by unspecialized insects and others have reported Pegoplata juvenilis as a pollinator. Since this orchid species has a long column, it is possible that insects with long legs or mouthparts could effectively transfer pollinaria from one flower to another.