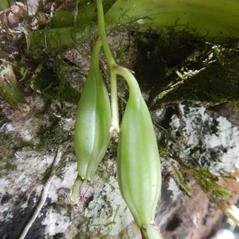 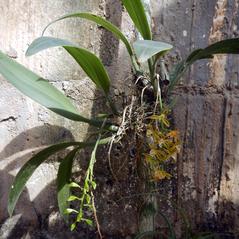 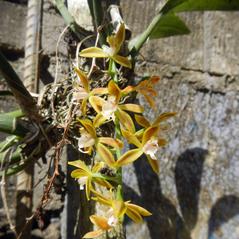 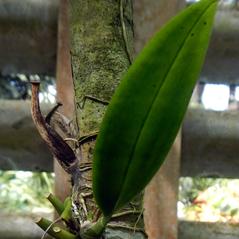 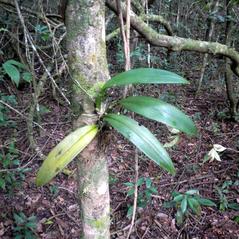 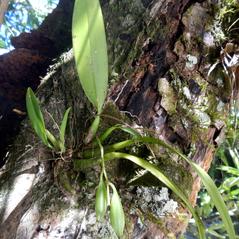 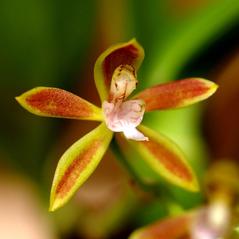 Macradenia lutescens, commonly known as the Trinidad Macradenia, is distributed in the West Indies, northern South America, and has been recorded in the Miami-Dade County area in Florida. This orchid has a narrow cylindrical pseudobulb and a solitary coriaceous leaf. The raceme is pendent from the base of the pseudobulb with up to 22 small flowers. The base of the sepals and petals is a yellow green variously marked with purple, brown, and red. The whitish labellum is lobed with pink stripes. The flowering period is October-November. This orchid grows lower on the trunks and branches of a variety of trees.

Macradenia lutescens is apparently secure and widespread in the West Indies, Cuba and South America but is considered endangered in Florida where it is presumed to be extirpated.

Labellum length:
Up to 12 mm