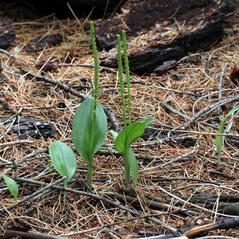 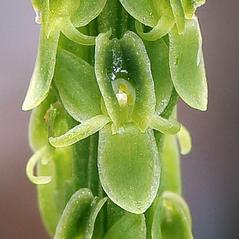 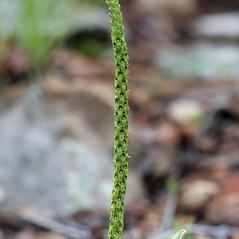 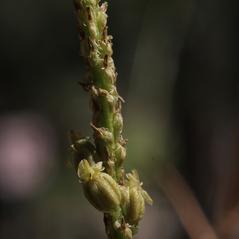 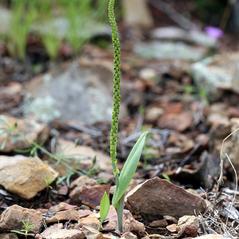 Malaxis macrostachya, Chiricahua Adder's Mouth Orchid, is widespread throughout Arizona, New Mexico, Texas, and northern Mexico. The lower portion of the stem is totally sheathed by a tubelike bract and supports a solitary vertical leaf. The inflorescence is densely covered with more than 100 tiny green to yellow non-resupinate flowers. The flower-covered stalk resembles the rough, rubbery tail of a rat suggesting its other common name, the Rat Tail Malaxis. This orchid generally grows at high elevations on rocky slopes of moist canyons in mixed conifer and hardwood forests adapting to a wide range of soil moisture conditions.

Malaxis macrostachya is apparently secure because of its widespread distribution and tolerance for different habitats and high elevations. Much of its habitat is protected within designated wilderness areas.