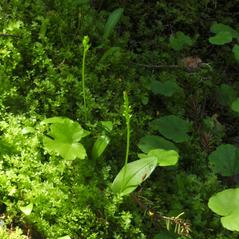 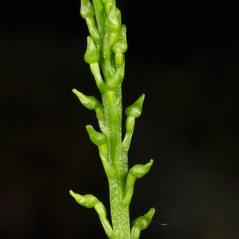 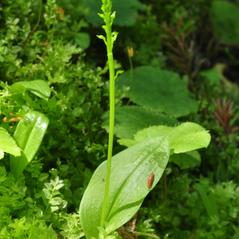 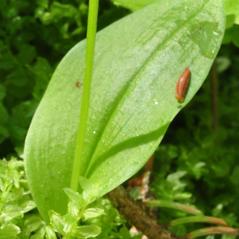 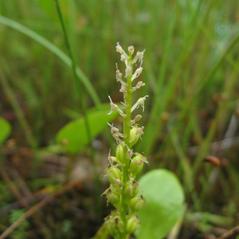 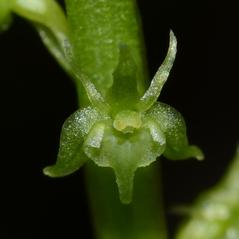 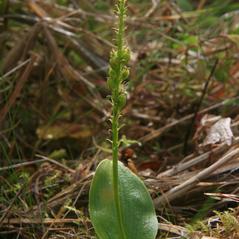 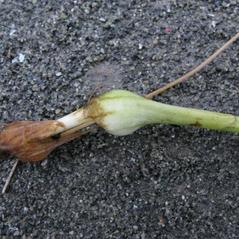 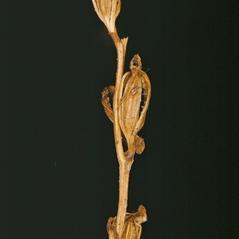 Malaxis monophyllos, or White Adder's Mouth, has a wide distribution across northern Canada and the United States, from southern Alaska to Newfoundland and around the Great Lakes, with disjunct populations in California and Colorado. It bears a single leaf and a slender inflorescence of minute, white or greenish yellow flowers which can either have a resupinate or non-resupinate labellum, depending on the variety. This orchid usually grows in wet areas such as bogs or swamps where its small size and green coloration make it virtually indistinguishable from the surrounding vegetation.

Malaxis monophyllos is globally considered secure, although it is considered rare in several states throughout its range.

This orchid is pollinated by fungus gnats.