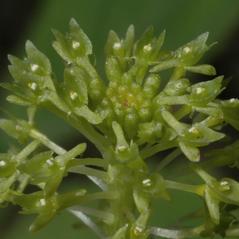 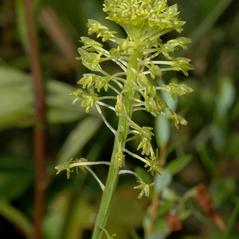 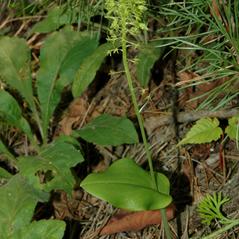 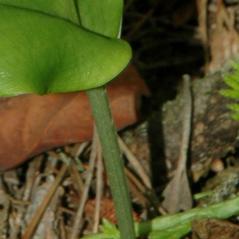 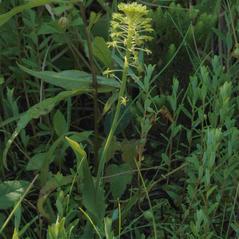 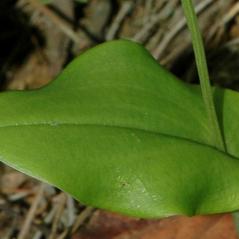 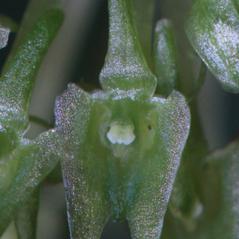 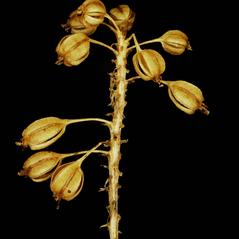 Malaxis unifolia, commonly known as Green Adder's Mouth, is widely distributed across central and eastern Canada and the U.S., from Texas to Newfoundland. It is a small orchid, no more than 50 cm tall, and produces one or rarely two glossy leaves mid-way up the stem, with a sheathing base that reaches down to the stem's swollen base. It produces up to 160 small green flowers, with a three-lobed labellum and strongly recurved lateral petals. It flowers in spring and early summer in the northern part of its range, while in the south it blooms later into the fall. It can be distinguished from M. monophyllos by its three-lobed labellum, and generally grows in swamps and bogs, habitats too moist for M. bayardii, although it can be found in drier woodlands and forests.

Malaxis unifolia is considered globally secure, although it may be rare in a few central U.S. states.

This orchid is pollinated by species of Aedes (mosquitoes), Bradysia (fungus gnats) and Trioxys (parasitic wasps). A gall midge (Cecidomyiidae) has been observed with pollinium attached to its head and crawling toward the column.