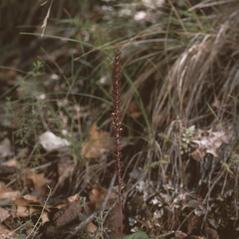 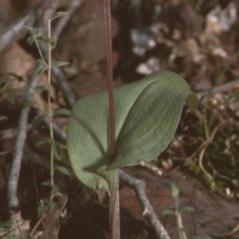 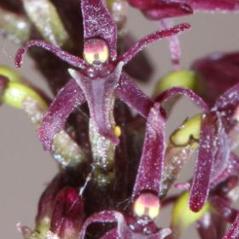 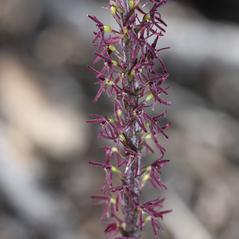 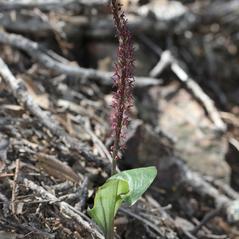 Malaxis wendtii or Wendt's Adder's Mouth Orchid, grows in Mexico and reaches its northern limit in the Big Bend area of Texas. This orchid has a single leaf that appears one third of the way up the feathery stem with numerous tiny blooms. The flowers are deep maroon or greenish maroon with thread-like petals that are strongly recurved and the labellum is linear with broad auricles at the base. Tiny hairs cover the upper surfaces of the petals, sepals and lip giving the flowers a velvety appearance which distinguish this orchid from M. ehrenbergii, a Mexican species that is not found in the US. Malaxis wendtii grows in oak-juniper-pinyon woodlands in moist canyons and on north-facing slopes.

Malaxis wendtii is ranked globally as imperiled, with many of the populations located in Mexico where it may be locally abundant. In Texas, it is known from only a handful of locations in the Chisos Mountains and considered extremely rare.

Pollinator information for this orchid has not been reported but flower morphology suggests fungus gnats.