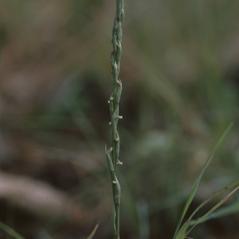 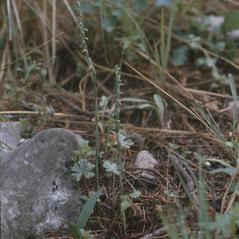 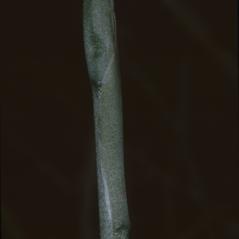 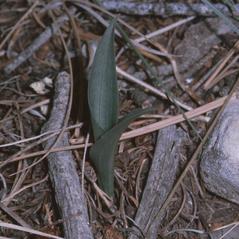 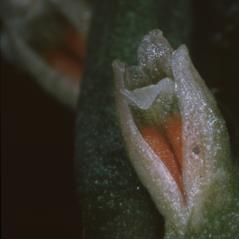 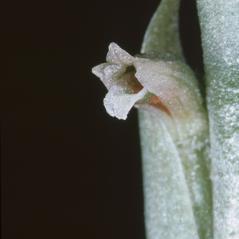 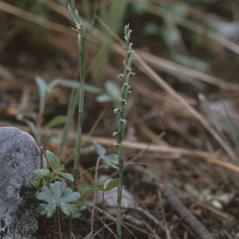 Microthelys rubrocallosa, the Green Medusa Orchid, was believed to be restricted to Mexico until a small population was discovered in the Sacramento Mountains of New Mexico in 2004. This small orchid has blue-green basal leaves and a slender leafless spike bearing up to 30 green, white-tipped tubular flowers. The sepal and petals form a hood around the column and the two bright orange calluses distinguish this orchid from others found in the Sacramento Mountains. This orchid has been observed in a mesic, mixed conifer forest that is subject to occasional fires.

The global conservation status for Microthelys rubrocallosa has not been determined because its abundance in Mexico is not well documented. The single population in New Mexico is considered imperiled due to the small number of plants. Additional information is needed to evaluate the impacts of fire and logging on this orchid.

Pollinator information for this orchid has not been reported but some plants and populations are autogamous with the pollinia in direct contact with the rim of the stigma.