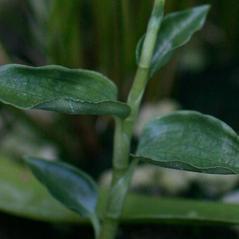 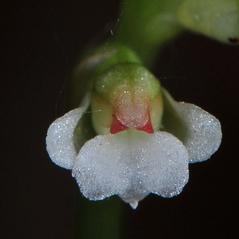 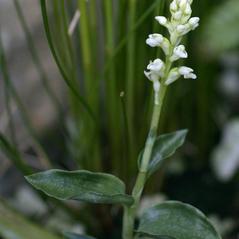 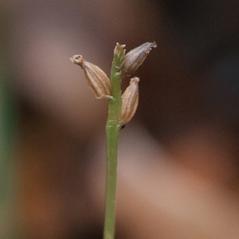 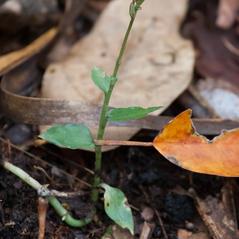 Platythelys querceticola, commonly known as the Low Ground Orchid or Jug Orchid, is distributed in Central and South America and reaches its northern limit in the southeast US. This species typically has 3-8 leaves that are present at flowering time and alternate along the stem that rises from a creeping rhizome. The inflorescence is a terminal raceme with 8-25 tubular, whitish green flowers. A spur is formed at the base of the labellum. This orchid usually blooms in July through September in swamps, shaded floodplains, and hardwood forests.

Platythelys querceticola is apparently secure based on its wide distribution in the Bahamas, Mexico, West Indies, and Central and South America. However, it is considered highly rare in Mississippi and Louisiana.

Pollinator information for this orchid has not been reported but the shape of the nectar spur and flower arrangement suggests long-tongued bees or small Lepidoptera.

Platythelys querceticola is somewhat variable in North America and some field guides identify the plants found in southern Florida as a separate species, P. sagrana. These southern plants flower much earlier, tend to be taller with narrower leaves, and occupy drier habitat. Despite these differences, there exist inconsistencies and gradations between these two groups so that we recognize a single species.

Labellum length:
Up to 7 mm