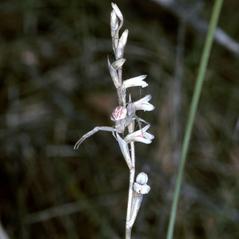 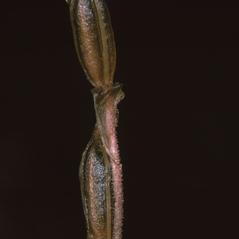 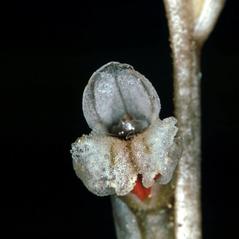 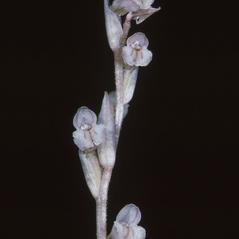 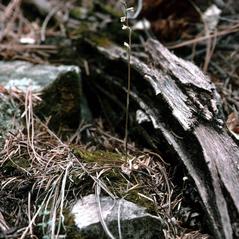 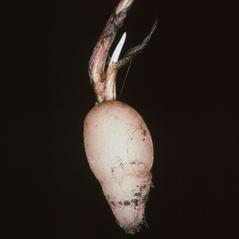 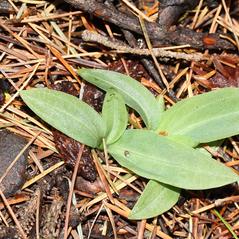 Schiedeella arizonica, the Fallen Ladies' Tresses, is widely distributed in the southwestern US and was originally identified as S. parasitica, an orchid now believed to be restricted to Mexico and Central America. S. arizonica has a basal rosette of 3-5 oval leaves that emerge after flowering and die-back before winter. The inflorescence is a terminal spike of translucent, tubular flowers that are white, rose or tan. The labellum has green stripes with a distinct red-orange spot in the center. This orchid may be found on the edge of meadows, but usually grows in heavy duff under dry coniferous forests, and among rocks and bare soil on hillsides.

Schiedeella arizonica is apparently secure and is widely scattered and locally common in parts of the southwest.