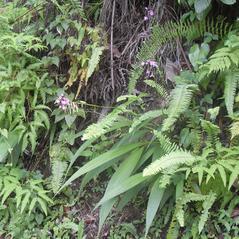 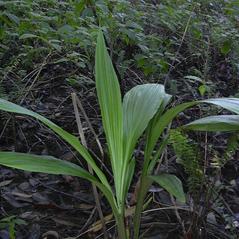 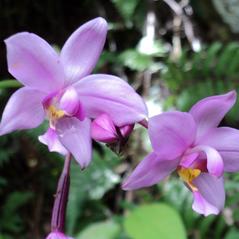 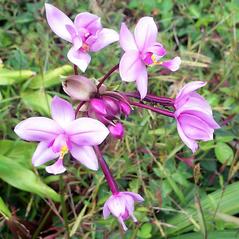 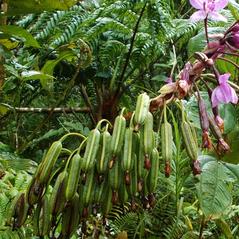 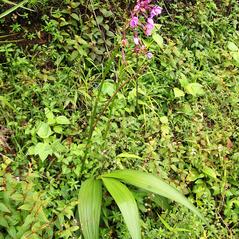 Spathoglottis plicata, commonly known as the Philippine Ground Orchid, is widely distributed in South East Asia and has escaped cultivation to become naturalized throughout the Caribbean, Florida, and Hawaii. This orchid has 4-7 pleated leaves that emerge from a pseudobulb surrounded by persistent fibrous leaf bases. The inflorescence has 8-27 magenta flowers that are resupinate. The labellum is strongly lobed and has bright yellow and pink markings. Naturalized plants often revert to a wild form, becoming self-pollinating with cleistogamous flowers. Capsules develop very quickly after pollination, making it common to see flowers and seedpods on the same plant. This orchid blooms in May through July in abandoned shellpits, pond shores, and woodlands.

The conservation status for Spathoglottis plicata has not been determined, but it is listed as an environmental weed in Hawaii that can be invasive in sensitive habitats.