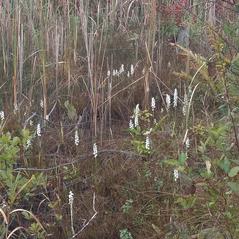 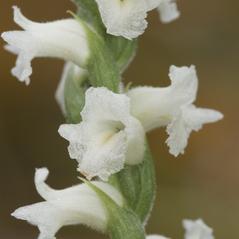 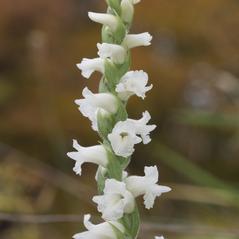 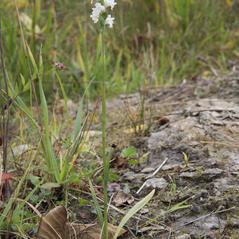 Spiranthes arcisepala, the Appalacian Ladies' Tresses, is a recently described species that is widely distributed throughout the northeast, from Ontario south to Virginia and as far west as Ohio. It produces 1-4 basal leaves which are held upright but wither shortly after the plant flowers. The white flowers form a loosely coiled spiral along the spike and are distinguished by their pubescent, downward arching lateral sepals with tips that often surpass the ruffled, lower margin of the labellum. It grows in moist, short-statured habitats, such as grasslands, bogs, marshes, and fens, as well as along wet roadsides.

The conservation status of the newly described Spiranthes arcisepala has not been reported and may currently be under review in several areas where it occurs.

As in most Spiranthes, bumblebees move upward on the inflorescence in search of nectar. Older flowers at the base of the stalk have more nectar, which makes them an efficient first stop for the foraging bumble bees.