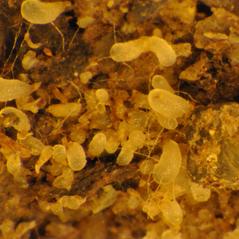 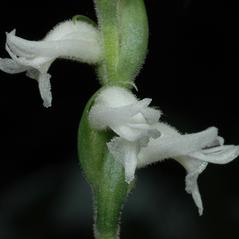 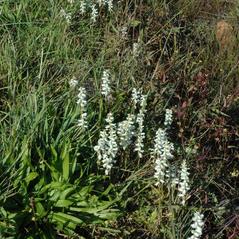 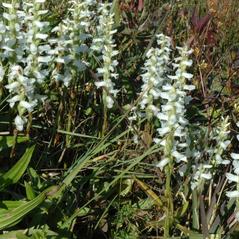 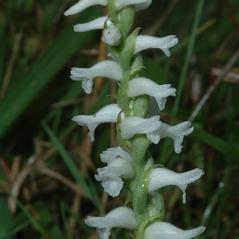 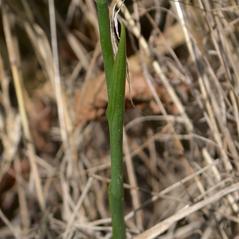 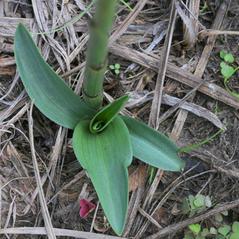 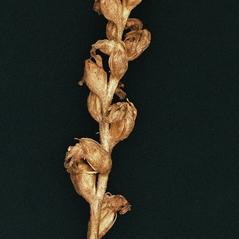 Spiranthes cernua, commonly called Nodding Ladies' Tresses, is widely distributed along the Coastal Plain and southern Appalacian Mountains. It produces 1-5 basal leaves held upright that may begin to wither shortly before the plant flowers but usually persist through anthesis. It bears a spike of white to ivory-colored nodding flowers that form a single row in a coiled spiral. This species is distinguished by its upward sweeping lateral sepals and a white to pale yellow labellum with conical, highly reduced tubercles. It grows in moist fields, meadows, bogs, marshes, and fens, as well as along roadsides and riverbanks.

Although this orchid may be capable of autogamy through agamospermy, Bombus fervidus, Bombus impatiens, Bombus terricola and an unidentified Dialictus bee are known insect pollinators. As in most Spiranthes, bumblebees move upward on the inflorescence in search of nectar. Older flowers at the base of the stalk have more nectar, which makes them an efficient first stop for the foraging bumble bees.