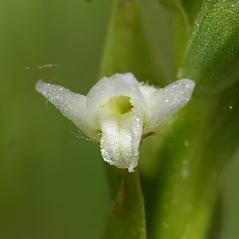 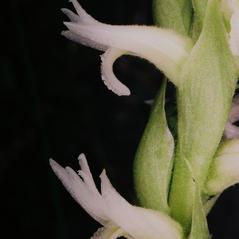 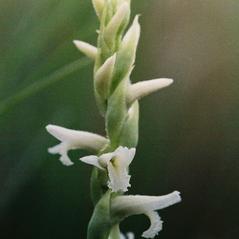 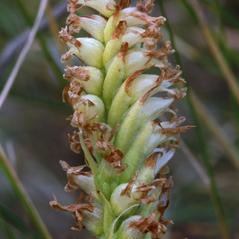 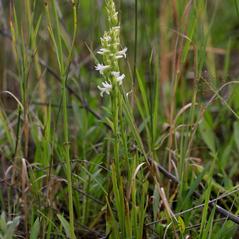 Spiranthes diluvialis, commonly called Ute Ladies' Tresses, is distributed in the interior western United States and the western region of Canada, from Colorado to British Columbia. It produces basal and lower stem leaves, which are present at the time of flowering and a tightly spiraling inflorescence of 10 to 60 white to ivory colored flowers, with a small leafy green floral bract extending out from each flower. The labellum is oblong, with a median constriction and often yellow in the center. The relatively long labellum, which is similar in length to its sepals and petals, distinguishes this orchid from Spiranthes romanzoffiana. Spiranthes diluvialis grows in the silty loam soils associated with wetlands and floodplains and can be found in mesic to wet meadows, near springs, streams and lakes.

Spiranthes diluvialis is considered globally imperiled and federally listed as threatened in the US.

This orchid is pollinated by bees, including Anthophora terminalis, Bombus fervidus, Bombus morrisoni and an unidentified wasp in the genus Myzinum. As in most Spiranthes, bumblebees move upward on the inflorescence in search of nectar. Older flowers at the base of the stalk have more nectar, which makes them an efficient first stop for the foraging bumblebees.