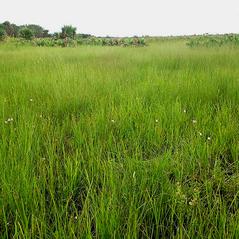 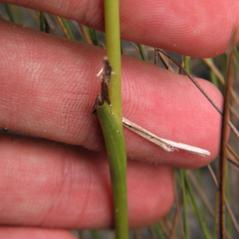 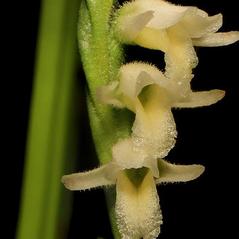 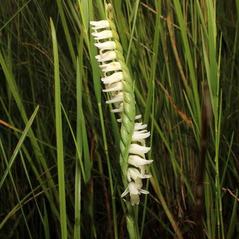 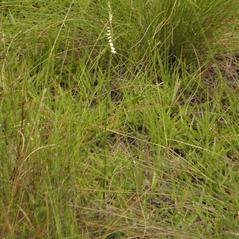 Spiranthes igniorchis, the Fire Ladies’ Tresses, is a newly described species endemic to fire swept grass wetlands in south-central Florida. The few basal leaves are held upright but usually wither during flowering. The small, white flowers are covered with hairs and spiral upwards on the spike. The ruffled lip has white margins with a pale yellow to greenish-yellow patch. Similar to S. longilabris, this orchid is distinguished by its smaller flowers and stature, and blooms during the wet season in late summer when ample soil moisture is assured.

The conservation status for Spiranthes igniorchis has not been determined but due to its limited range and dependence on fire, this orchid may be vulnerable to competition from grasses and woody vegetation which develop in the absence of fire. Further survey work is needed to locate additional populations and the impact of current land management policies, such as fire suppression and domestic cattle grazing should be evaluated.

Pollinator information for this orchid has not been reported but pollinating insects usually work their way from the bottom to the top of a flower spike because flowers at the base of the spike mature first and produce nectar. Flowers on the same spike nearer the top have not matured, so the insect flies to an open flower on another plant, gathers nectar and deposits its pollen load, thus cross-pollinating the flower.