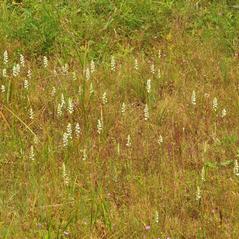 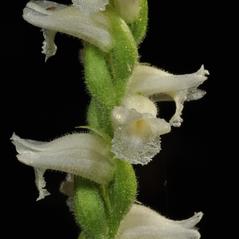 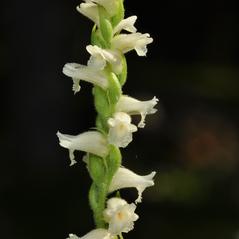 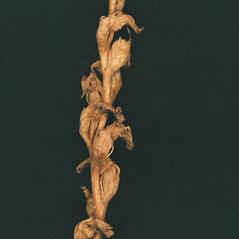 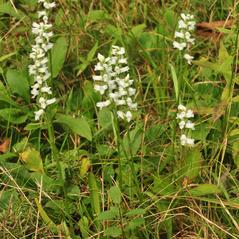 Spiranthes ochroleuca, commonly called Yellow Ladies' Tresses, has a limited distribution in northeastern Canada and the United States, from Ontario to South Carolina. It produces 3-6 basal and lower stem leaves which usually persist through flowering. It bears an inflorescence of up to 60 small white, yellowish, or greenish-white flowers that are arranged in a spiral. The labellum has crenulate margins and is often colored with yellow at the center. The inflorescence is covered in small hairs. It prefers dry, open habitats and can be found in open woodlands, thickets, dry meadows, fields, and along roadsides. It is known to form a hybrid with S. casei, named S. x borealis.

Spiranthes ochroleuca is globally considered apparently secure, although it is rare in several mid-Atlantic states and vulnerable throughout much of its western range.

Although this orchid is capable of agamospermy, bumblebees such as Bombus impatiens, Bombus pensylvanicus and Bombus vagans pollinate the flowers as they forage for nectar.