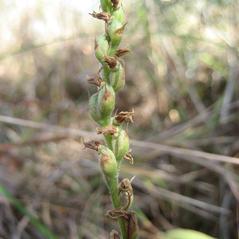 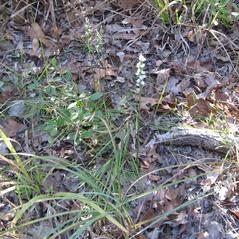 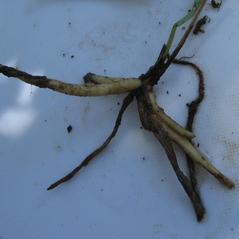 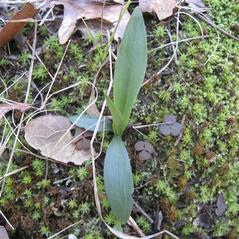 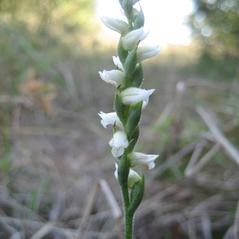 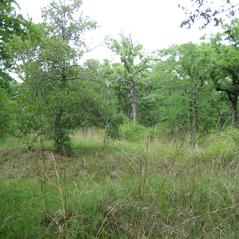 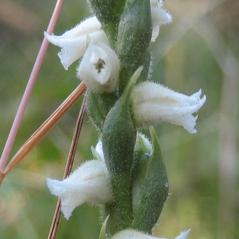 Spiranthes parksii, commonly known as Navasota Ladies' Tresses, is endemic to the rolling hills of the post oak savannah in East Texas. The inflorescence is a solitary spike of small fragrant flowers that spiral up the stem. The short, fat flowers are quite distinctive and extend horizontally from the stem, instead of drooping or nodding as in other Spiranthes. The white flower petals have a green central stripe, and the labellum is distinctly ragged. White-tipped bracts occur underneath each flower. The basal rosette of leaves usually emerge after the leafless inflorescence has started to senesce. This orchid prefers the banks of natural drainages, edges of woodlands, and open areas within the post oak savannah.

Spiranthes parksii is listed as endangered by US Fish and Wildlife Service and the state of Texas and is considered vulnerable because its native range is centered in an area of economic development and population expansion.

This orchid is capable of self-pollination or, as is the case with a number of its relatives, it is capable of producing seeds without sexual reproduction, agamospermy.