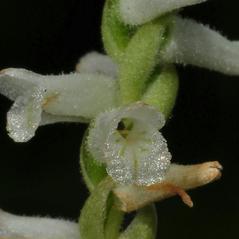 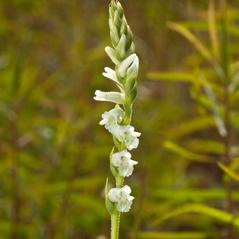 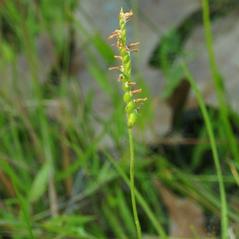 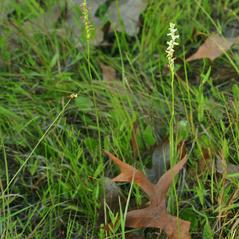 Spiranthes praecox, commonly called Grass Leaved Ladies' Tresses, is distributed in the southeastern United States and around the Gulf Coast, from Texas to Maryland. It produces up to 7 basal leaves, and bears an inflorescence of up to 40 white or rarely green flowers. The inflorescence is covered in small hairs, and the labellum has distinct green veins. The lateral sepals are joined to the labellum, giving it a tube-like appearance. It can be distinguished from other Spiranthes species by the distinctive green venation on the labellum. It can be found in dry to moist prairies, meadows, pinelands, and occasionally bogs. It is known to form a hybrid with S. vernalis, named S. x meridionalis.

Spiranthes praecox is considered globally secure, although it is rare or vulnerable throughout much of the East Coast.