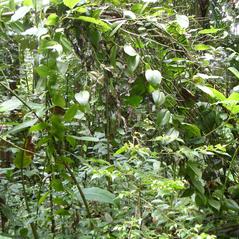 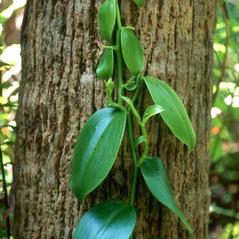 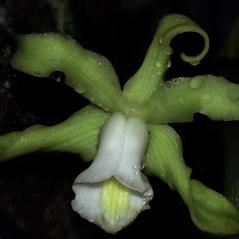 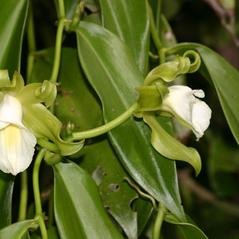 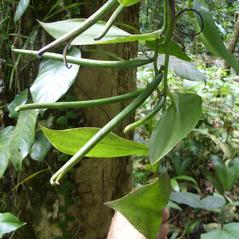 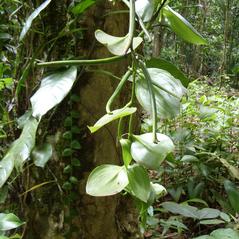 Vanilla mexicana, commonly known as the Scentless Vanilla, is distributed in the West Indies, Mexico, Central America, northern South America and the coastal region of southeast Florida. This orchid is a many-branched vine that can grow up to 15 m. Plants produce one broadly ovate leaf per node and as the vine grows upward, aerial roots attach to the surface of the tree. Eventually the lower portion of the vine will die and the orchid continues to grow as a true epiphyte. The inflorescence has up to 6 pale green flowers with twisted petals and sepals. The white lobed lip has a central yellow crest and the lateral lobes curve upward to form the tubular lip. This orchid grows on trees in coastal wetlands, cypress swamps and hammocks.

Vanilla mexicana is considered vulnerable across its range. In Florida this orchid is listed as endangered where it is threatened by illegal collection and habitat loss.

Labellum length:
Up to 50 mm