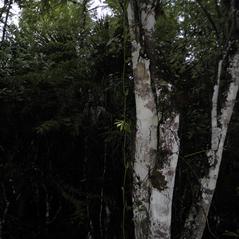 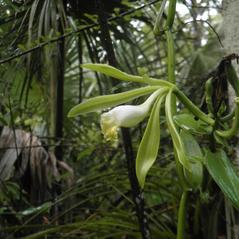 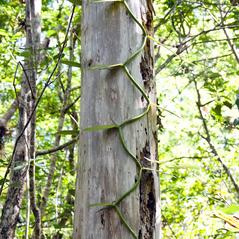 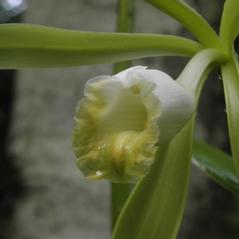 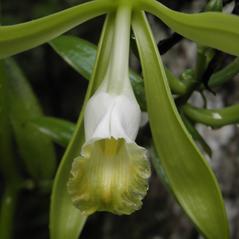 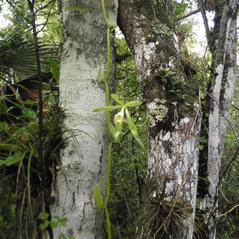 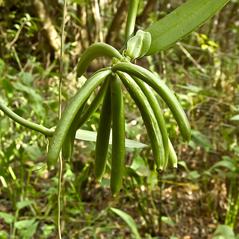 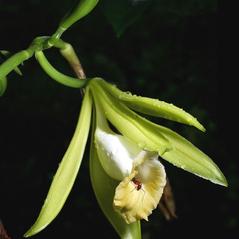 Vanilla phaeantha, commonly known as Leafy Vanilla or Oblong Leaved Vanilla, is distributed from south Florida throughout the Caribbean and southeast Mexico to Central America. This orchid germinates in the decaying leaves at the base of trees and stumps and may spend years winding up a tree trunk before reaching the increased light in the canopy needed to stimulate flowering. Stems have one oblong leaf per node and 1-12 pale green flowers per inflorescence develop in June and July. The white lip is tubular with yellow stripes. This orchid can be found growing on trees in cypress swamps and hammocks.

Vanilla phaeantha is endangered in Florida, although apparently secure across its wide range.