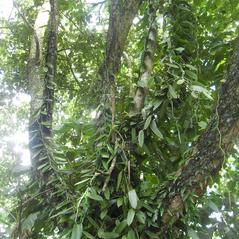 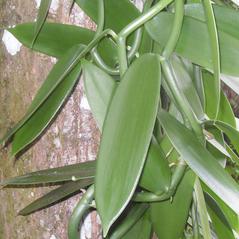 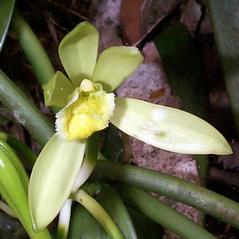 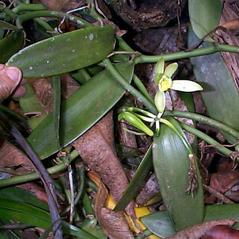 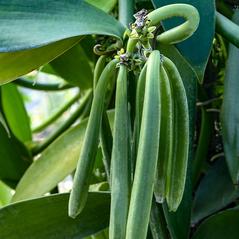 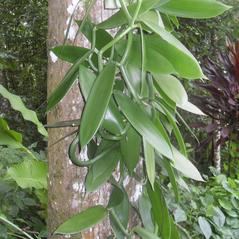 Vanilla planifolia, Commercial Vanilla, is native to Mexico, Central America and the West Indies and is the primary source for vanilla flavoring. This orchid has been cultivated for centuries and escaped or naturalized in many areas of the tropics, including south Florida. Vines can exceed 30 m in length with roots and one oblong leaf per node. The inflorescence develops laterally from the leaf axil with short-lived yellowish green flowers lasting less than a day. The tubular lip is striped yellow and deeply fringed at the apex. This orchid may have been introduced into southern Florida through Indian bartering in pre-Columbian times and can be found growing on trees in cypress swamps and hammocks.

The conservation status for Vanilla planifolia has not been reported and this orchid is widely cultivated in Madagascar, Mexico, Tahiti and Indonesia.

Labellum length:
Up to 40 mm