The genus of over 100 species extends from southern Florida through the West Indes and the Caribbean to Central and South America, as far south as Paraguay. Prosthechea species are characterized by distinctly grooved pseudobulbs and rigid long-lived flowers. Pseudobulbs have several leathery strap-like leaves and inflorescences range from simple to branched with flowers that are subtended by a leafy bract. Flowers are often described as fragrant and the mostly green-yellow to green flowers have a rigid texture. The lip is cup shaped and has a thick basal callus. 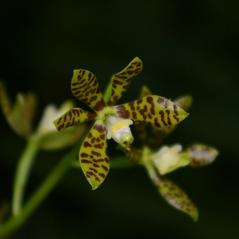 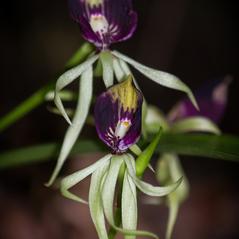