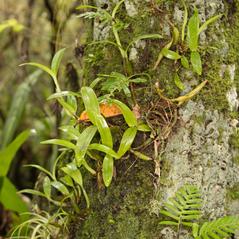 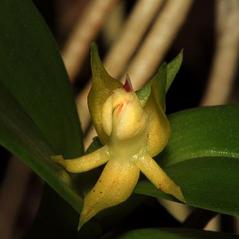 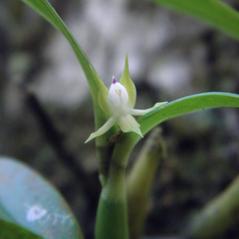 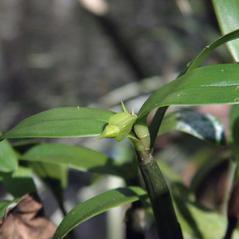 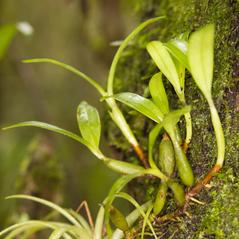 Prosthechea pygmaea, the Dwarf Butterfly Orchid, is distributed in the West Indies, Mexico, Central and South America, and extends into the swamps of south Florida. A single plant may consist of a tangle of creeping rhizomes that connect small, dark green pseudobulbs, each with a pair of apical leaves. This orchid blooms from October-January, producing a terminal inflorescence with 1-3 light green, sessile flowers with a white lip that has a bright purple tip. The flowers may not open fully and often flowers and the 3-winged fruits are found on the same inflorescence. This orchid grows on the trunks and branches of trees such as pop ash and pond apple in swamps and sloughs where individual plants may form large patches.

Prosthechea pygmaea is apparently secure across its broad distribution but is considered endangered in Florida where it is one of the rarest and smallest flowered orchids.

Pollinator information for this orchid has not been reported in North America but in other parts of its range this orchid is autogamous.

Labellum length:
Up to 2 mm