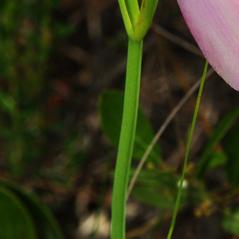 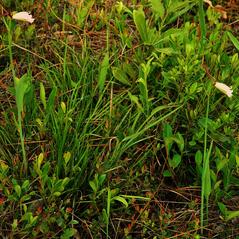 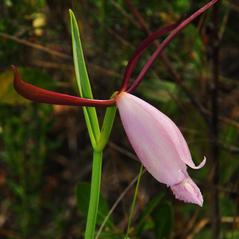 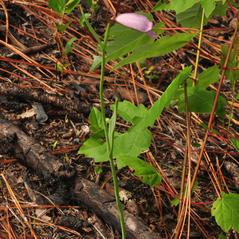 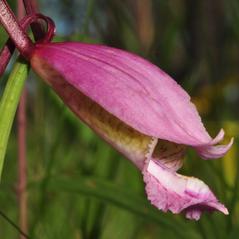 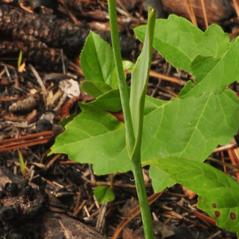 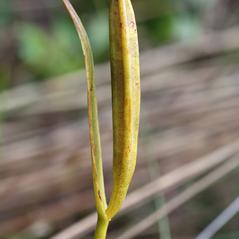 Cleistesiopsis divaricata, commonly called Rosebud Orchid, is found throughout the southeastern United States, from New Jersey south to Florida and across the Gulf Coast to Texas. This orchid's petals and labellum separate only near the apex, resulting in the flower's distinctive tube-like shape. The labellum has purple to pink venation, and the olive-green or maroon sepals spread away from the flower. This orchid grows in acid soils of wet meadows and pine-dominated savannas on the coastal plain.

Cleistesiopsis divaricata is apparently secure and locally abundant in some states but may be rare in others with populations that fluctuate greatly from year to year.

Bees, such as Bombus pensylvanicus are attracted to the bright yellow crest on the labellum which mimics pollen. As it enters the flower, a sticky fluid is smeared on the bee’s head and thorax. When it backs out of the flower, granular pollen sticks to this fluid and can be transferred to the stigma of the next flower the bee visits. While the bees may be lured to the flower by deceit, pollen may be actively harvested and transferred from flower to flower and also brought back to the hive.