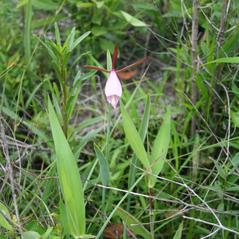 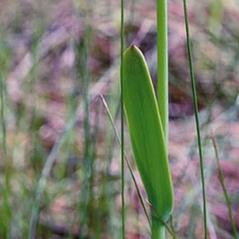 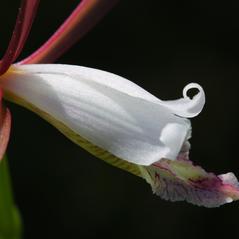 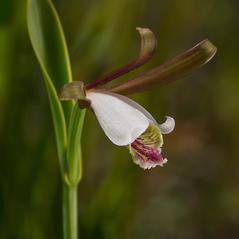 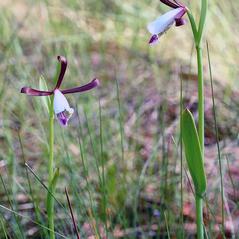 Cleistesiopsis oricamporum is a recently described orchid found on the coastal plain in the southeast. Similar in appearance to the mountain species, C. bifaria, these coastal plain plants represent genetically distinctive populations with morphological differences. C. oricamporum is somewhat larger in size than C. bifaria and its flowers have a sweet vanilla fragrance that is lacking in the mountain species. C. oricamporum prefers moist, acid soils such as wet meadows and cut-over pine forests. This orchid may occur with C. divaricata, a species with larger flowers that blooms later in the season.

Bees in the genus Bombus are attracted to the bright yellow crest on the labellum which mimics pollen. As it enters the flower, a sticky fluid is smeared on the bee’s head and thorax. When it backs out of the flower, granular pollen sticks to this fluid and can be transferred to the stigma of the next flower the bee visits. While the bees may be lured to the flower by deceit, pollen may be actively harvested and transferred from flower to flower and also brought back to the hive.