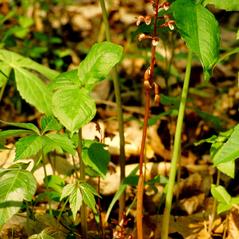 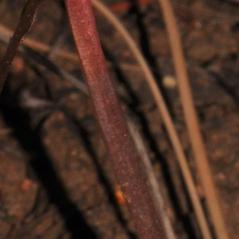 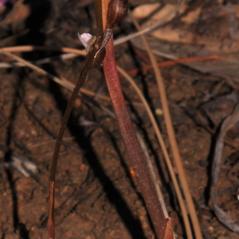 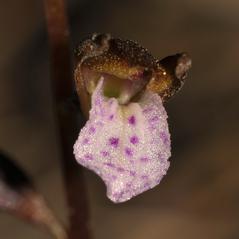 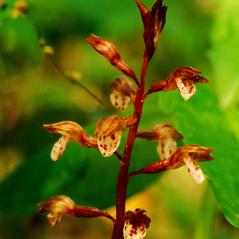 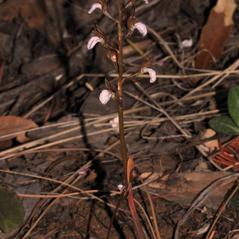 Corallorhiza wisteriana, commonly known as Spring Coral Root, is found throughout much of the continental U.S., from Oregon to Florida. Like other members of this genus, it is myco-heterotrophic, obtaining nutrients through mycorrhizal fungi instead of photosynthesis. It has a reddish brown stem and produces up to 16 purple-brown or greenish flowers in the spring or early summer; the labellum is white and often spotted with purple. It has a similar phenology and overlapping distribution with C. trifida, but can be distinguished by its brightly colored flowers. It is known to stay dormant underground for years between blooms. This, combined with inconspicuous flowers and small size, results in uncertainty about its true population size and distribution. It grows in a variety of moist forests.

C. wisteriana is considered globally secure, but is rare in several mid-Atlantic and New England states.