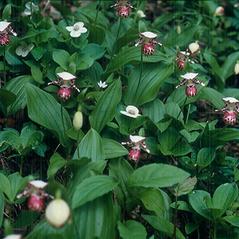 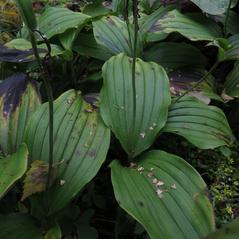 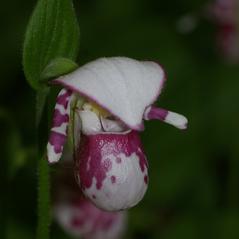 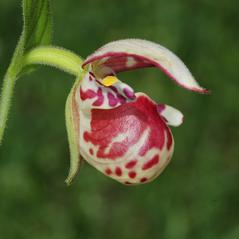 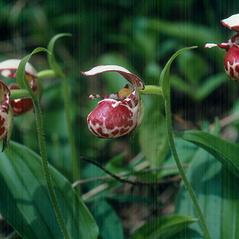 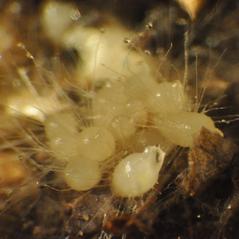 Cypripedium guttatum, commonly known as the Spotted Lady's Slipper, is widely distributed across Asia and found in Alaska, Yukon, and the Northwest Territories, where it grows in moist to dry open deciduous and spruce forests, slopes and banks, tundra, and meadows. This distinctive orchid has a flower with purple spots and blotches on the sepals, petals and pouch-like labellum. C. × alaskanum has flowers with splotches of yellow-brown, and is recognized as a hybrid between C. guttatum and C. yatabeanum. This natural hybrid is found on the Alaska Peninsula and in coastal southcentral Alaskan bogs.

Pollinator information for this orchid has not been reported in North America but in other parts of it range this orchid is pollinated by various Lasioglossum bees. This orchid forms a natural hybrid, C. × alaskanum, with Cypripedium yatabeanum, which suggests these two species share a common insect pollinator on the Alaska Peninsula and in coastal southcentral Alaskan bogs.