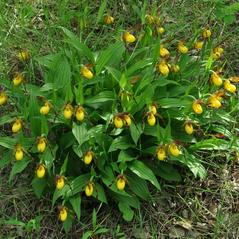 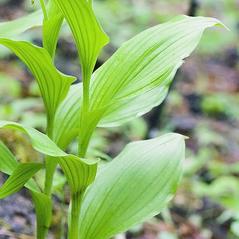 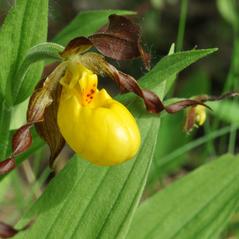 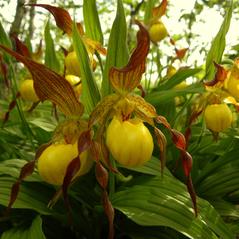 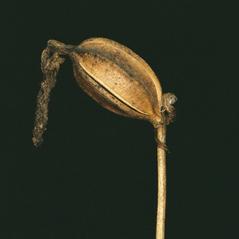 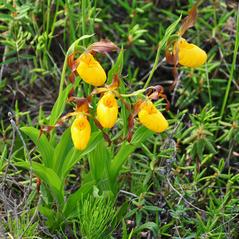 Cypripedium parviflorum, commonly known as Yellow Lady's Slipper, is found across virtually all of the United States and Canada, from Alaska to Georgia. It is a widely variable species, with four varieties and multiple hybrids, making identification and delimitation difficult. It produces a large flower with a pale to dark yellow (and very rarely white) pouch-like labellum, which sometimes has reddish spots on the interior. Green or yellowish sepals and petals twist outwards in spirals. It produces up to five stem leaves; both the stem and leaves are covered in thin hairs. It grows in dry to mesic forests, woodlands, fens, prairies, and meadows. It produces a natural hybrid with C. candidum, C. × andrewsii, and may hybridize with C. montanum to produce C. × columbianum.

Cypripedium parviflorum is considered globally secure and is common or widespread throughout much of its range.

This orchid has many documented pollinators including species found in Agapostemon, Andrena, Apis, Ceratina, Eristalis, Osmia and Lasioglossum. Differences in fragrance and flower size between the varieties of this orchid may account for variation in insect pollinators. For example Cypripedium parviflorum var. pubescens is pollinated by Ceratina calcarata. Cypripedium parviflorum var. makasin is likely pollinated by Lasioglossum rohweri, although the anther exit hole can also accommodate the small bee, Ceratina calcarata.