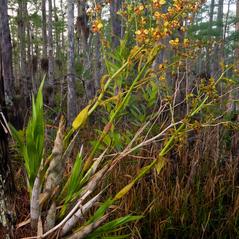 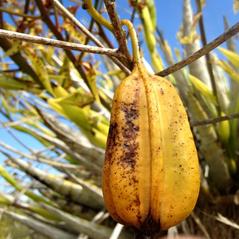 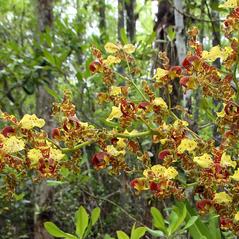 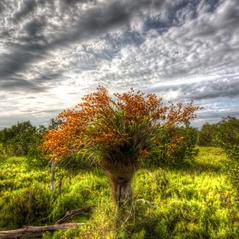 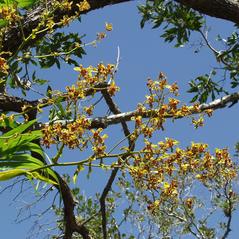 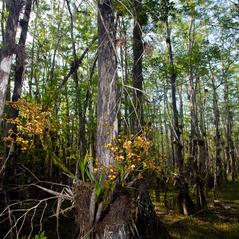 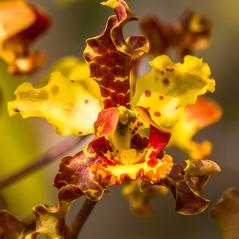 Cyrtopodium punctatum is native to Florida and has a range that includes Mexico and south to Argentina. It has several common names - Bee Swarm Orchid, Cigar Orchid, and Cowhorn Orchid, and is one of the most dramatic orchids native to Florida. A mass of pseudobulbs can grow up to 1.5 meters across and an individual inflorescence can produce more than 500 flowers. Sepals are pale yellow-green and spotted with purple. Petals are a brighter yellow than the sepals and have fewer, smaller markings. The lip is reddish brown with orange markings in the center. Populations were once common in hardwood hammocks and open swamps.

Cyrtopodium punctatum is considered globally secure although in Florida this orchid is endangered. Intense collecting pressure during the last century has greatly impacted populations of this orchid and illegal collection continues to be a threat.