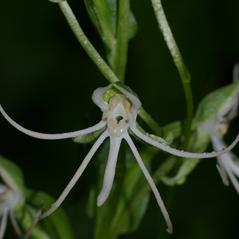 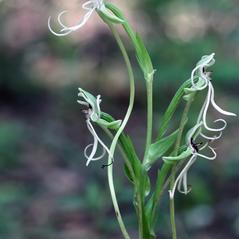 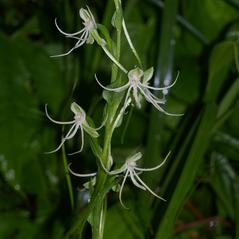 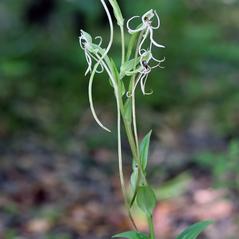 Habenaria macroceratitis, known as the Long Horned Rein Orchid, is considered by some to be a variety of H. quinqueseta, a common orchid found in Florida and extending northward into the southeast United States. Others designate it as a distinct species native to Mexico, the West Indies and Central America, extending northward to central Florida. This orchid produces several leaves that gradually reduce in size towards a spike of white flowers. H. macroceratitis is distinguished by its long spur, usually over 12 cm, and its lobed lateral petals. The shorter lobe forms a hood over the column and the second, thinner lobe is nearly twice as long. This orchid grows in moist hardwood hummocks.

The conservation status for H. macroceratitis, as a distinct species, has not been reported.