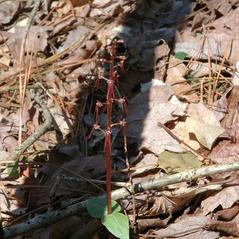 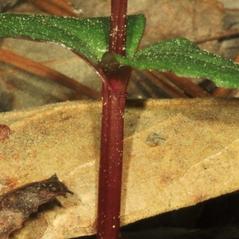 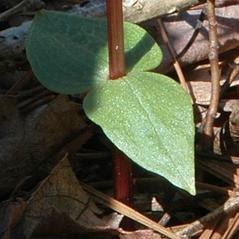 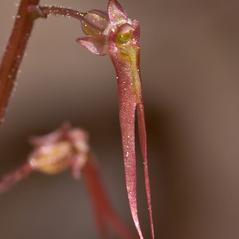 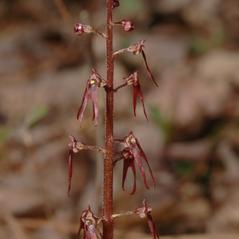 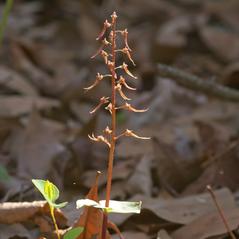 Neottia bifolia, known as the Southern Twayblade, is distributed across the eastern United States and Canada, from Florida to Quebec, and around the southern Gulf Coast states to Texas. It has a purple-green stem and produces two (or rarely three) opposite leaves, generally ovate in shape. When in flower, it produces up to 25 red-purple or slightly greenish flowers. It can easily be distinguished from other orchid species by its distinctively elongated and forked labellum with lobes that taper into points. The stalks of the flowers are covered in thin hairs, as is the upper part of the main stem. It is found in fens and hummocks, moist woods, bogs, and marshes, generally favoring full to partial sun.

Neottia bifolia is considered globally secure, but is critically imperiled in several western states and provinces.