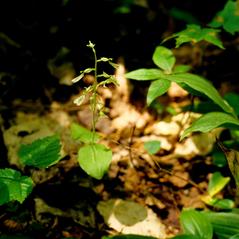 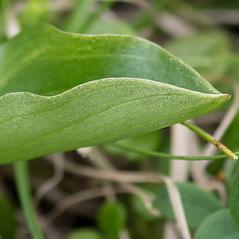 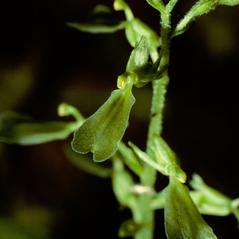 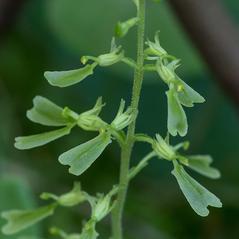 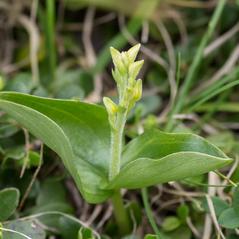 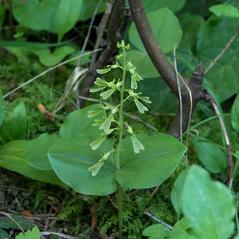 Neottia convallarioides, commonly called the Broad Leaved Twayblade, is widely distributed across western Canada and the United States, from Arizona to Alaska, and has a more limited distribution in the northeast and Great Lakes region, from Minnesota to Newfoundland. It produces two opposite leaves near the middle of the stem, and up to 20 small, green flowers. The sepals and petals curve away from the column and labellum, which has two slight lobes, often with a small tooth in between. Above the leaves, the stem is covered in fine hairs. It can be found in mesic to moist woodlands, swamps, boggy meadows, and along riverbanks. Neottia × veltmanii is a natural hybrid between N. convallarioides and N. auriculata.

Neottia convallarioides is considered globally secure, although it is rare at the southern edges of its range.