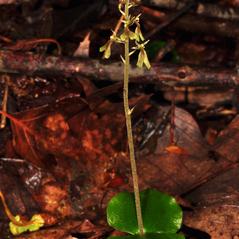 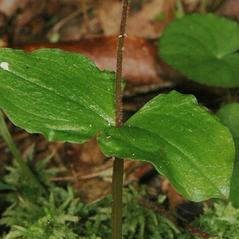 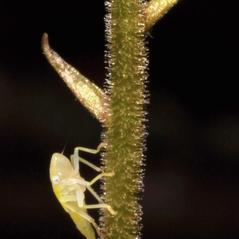 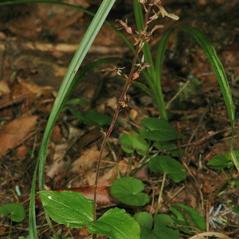 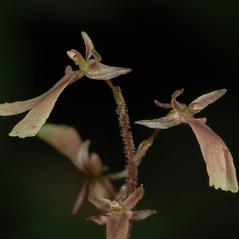 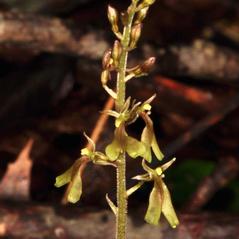 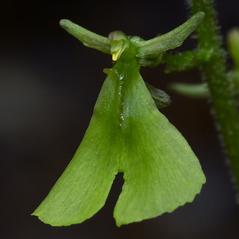 Neottia smallii, commonly known as Kidney Leaf Twayblade, has a limited distribution in the Appalachian Mountain region of the southern mid-Atlantic, from Georgia to Pennsylvania. It produces two opposite, dark green leaves which are often wider than they are long. It bears up to 15 green, purplish or pinkish brown flowers with a cleft labellum that divides into two spreading, rounded lobes; there is a small tooth in between the two lobes. It is found primarily in damp, shady forests and occasionally in bogs.

Neottia smallii is globally considered apparently secure, but is considered rare in several states at the northern edge of its range, as well as in South Carolina.