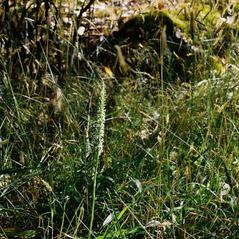 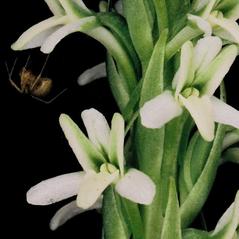 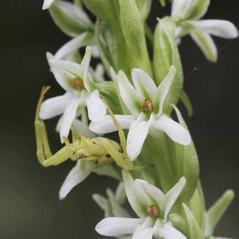 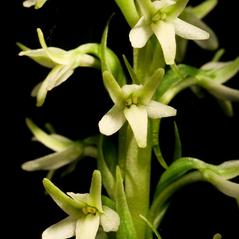 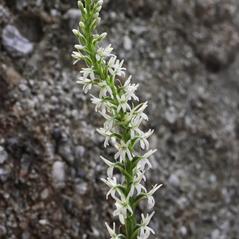 Platanthera elegans, commonly called the Wood Rein Orchid, is distributed along the west coast of North America from California to British Columbia and east to Montana. It produces basal leaves and a tightly flowered inflorescence of up to 100 pale green to white colored flowers. It can be found in open coastal cliffs and bluffs as well as scrubland and forests; preferring dry open sites.