Platanthera is a genus of terrestrial orchids containing around 100 species, distributed in the temperate zones of North America, Europe, Asia, and North Africa; a few species can be found in tropical habitats. These orchids can be identified by their broad anthers, but exhibit a wide variety in the form of their flowers: the labellum can be entire or very distinctly fringed, and the flowers can be orange, purple, white, green, or yellow in color. Species within this genus are known to form hybrids which often grow to outnumber the parent forms. Platanthera grow in a wide variety of habitats, from forests and woodlands to open clearings to wetland habitats like marshes and bogs. Some older floras treat species of Platanthera within the genus Habenaria.

The classification of Platanthera species has a history of challenge. Contrary to many sources, recent taxonomic research by Dr. Charles Sheviak indicates that P. hyperborea does not occur in North America, and many plants previously thought to be varieties of P. hyperborea are now considered distinct species. Platanthera speciation appears to be closely related to shifts in pollen placement and pollinator segregation (Argue, 2012). 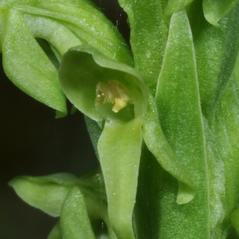 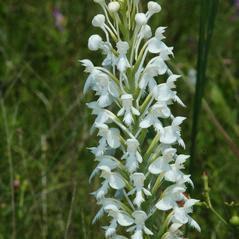