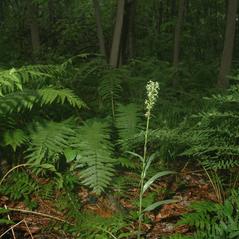 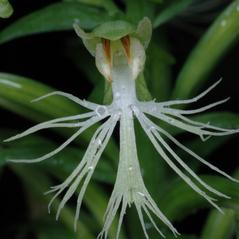 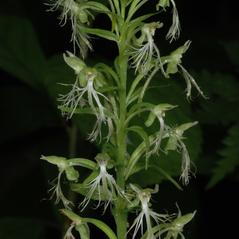 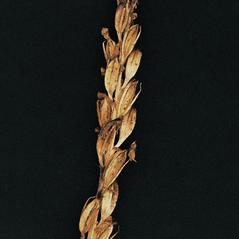 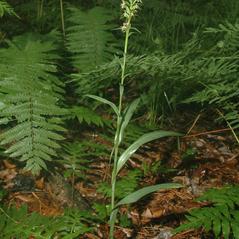 Platanthera lacera, also known as the Ragged Fringed Orchid, is widely distributed across central and eastern Canada and the U.S., from Manitoba to Georgia. It produces 1-5 leaves along its stem and bears an inflorescence of up to 60 yellowish green or whitish flowers. Its labellum is distinctive: it is deeply divided into three lobes, each of which is heavily fringed. A club-shaped spur extends from behind the flower. It can be distinguished from P. leucophaea by the relative length of its spur, which is shorter than or equal to the length of its ovary. Primarily a wetland species, it can be found in bogs, swampy woodlands, moist meadows, and along roadsides and riverbanks. It is known to form natural hybrids with P. grandiflora, named P. × keenanii, and with P. psycodes, named P. × andrewsii.

This orchid is pollinated by many kinds of moths including, Anagrapha falcifera, Allagrapha aerea and Hemaris thysbe. The moths have been observed visiting the older flowers at the bottom of the inflorescence and working up toward the younger flowers at the top, probing each flower’s nectar spur with their proboscis. Typically, the pollinaria attach to the proboscis and pollinaria from multiple flowers can be attached at a single time.