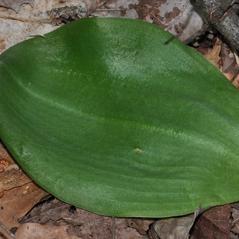 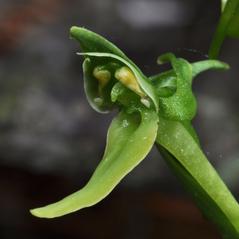 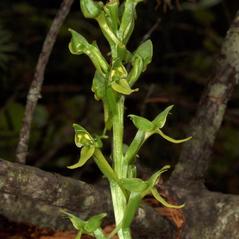 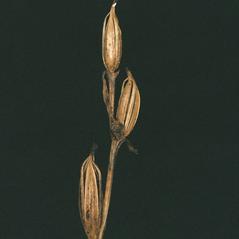 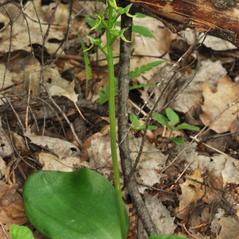 Platanthera hookeri, also called Hooker's Bog Orchid, is distributed across northeastern Canada and the United States and around the Great Lakes region, from Iowa to Newfoundland. It has two opposite basal leaves and produces an inflorescence of up to 30 yellowish green flowers. The lateral petals are connivent with the dorsal sepal to form a hood over the column, and its acute labellum curves slightly upward. It can be found in dry to mesic forests and woodlands, either deciduous or coniferous, and occasionally in pine barrens.

Platanthera hookeri is globally considered apparently secure, although it is rare or presumed extirpated throughout much of its southern range. When not in flower, it may be confused with P. orbiculata, from which it can usually be distinguished by its absence of stem bracts; when in flower, the two have distinctly different flowers.

This orchid is pollinated by skippers (Hesperidae) and possibly nocturnal moths. The combination of the downward column projecting over the entrance to the spur and the upturned lip is thought to possibly restrict pollen access and forcing the pollinator to approach from a single side and to eventually get pollinia attached to its compound eye as it probes for nectar.