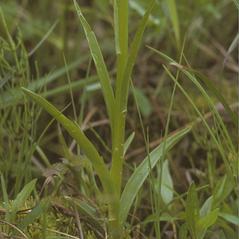 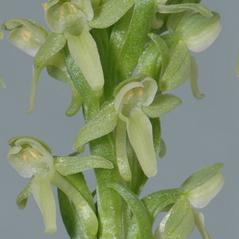 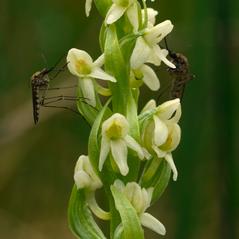 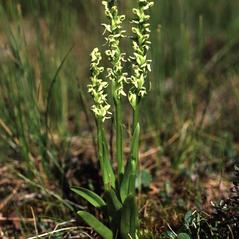 Platanthera hyperborea occurs in Iceland and Greenland and has been reported in Alaska, Manitoba and Akiminski Island but the name has often been misapplied in other parts of North America. Many populations previously identified as varieties of this orchid are now designated as distinct species (see below).
This orchid can be extremely variable throughout its range but typically has a short, leafy stem and dense flower spike of small, yellowish-green flowers. The lip has a wider base that tapers to a blunt tip and the cylindrical spur may be the length of the lip or shorter. This orchid can be found in a variety of habitats from shaded woods to sun-lit meadows.

Platanthera hyperborea is considered secure across its distribution, although there is still some confusion distinguishing this orchid from similar species.

Pollinator information for this orchid has not been reported in North America but autogamy has been observed in Greenland populations.

Additional information:
C.J. Sheviak. 1999. The identities of Platanthera hyperborea and P. huronensis, with the description of a new species from North America. Lindleyana 14(4): 193-203.