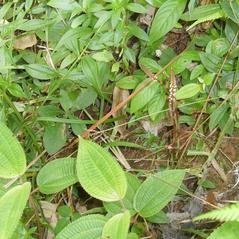 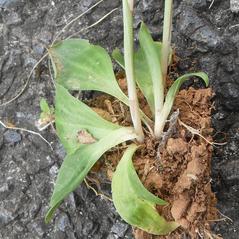 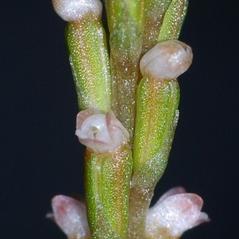 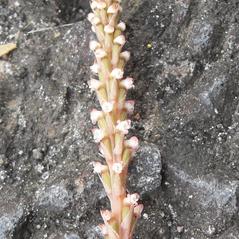 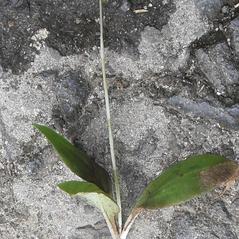 Prescottia oligantha, commonly known as the Small Flowered Prescottia, is distributed throughout the West Indies, Mexico, Central America, South America, and Miami-Dade County, Florida. This orchid produces 2-4 leaves arranged in a basal rosette that often start to whither at flowering time. The inflorescence has numerous, non-resupinate flowers arranged in a dense terminal spike. The reflexed flower petals are pinkish and the erect labellum is white enclosing the column. This slender orchid blooms in February in the deeply shaded rockland hardwood hammocks of the Everglades National Park.

Prescottia oligantha is apparently secure across its global range due to widespread populations in the West Indies, Mexico, Central America and South America. However this orchid is endangered in Florida and may be extirpated in some of its previously known locations.